I had the privilege to attend the APA’s 168th Annual Meeting in the capacity as Vice-President of SPA from 16th to 20th May 2015.  This year’s theme was “Psychiatry: Integrating Body and Mind, Heart and Soul”. The theme captures the spirit of psychiatry in terms of its effort in interconnecting mental health with physical health, and bringing the relationship between psychiatry and general medicine closer together.

The meeting brought together numerous world-renowned mental health practitioners and covered a wide diversity of topics under psychiatry and psychology. For me, I felt compelled to attend lectures and workshops in military psychiatry, addictions and cultural formulations, which I would otherwise not have the opportunity to in my other meeting attendances given my inclination toward child psychiatric topics.

As I proceeded to collect my name tag at the exhibit hall, I was pleasantly surprised to catch the APA TV video recordings featuring our fellow senior colleagues from IMH and KKH. Speaking on research, service and educational developments in Singapore, they certainly helped put Singapore onto the world psychiatry map.

Dr Paul Summergrad, out-going APA President (see inset 1), did a splendid job in taking the status of APA to a higher level. In his opening speech, he said that psychiatry is in the midst of a profound transformation with respect to the understanding of neuroscience, genetics and epigenetics. Noting that mental illness is not just an American issue, he called upon global solutions to better understand the cost and mortality burden of psychiatric illness and its interplay with general medical care and costs. Besides interviewing several eminent speakers throughout the meeting, he also conferred distinguished fellow awards to APA members at the convocation ceremony and launched the new logo of APA during the opening session.  The new logo (see inset 2), comprising the Rod of Asclepius superimposed on two hemispheres of the human brain, signifies the coming of a new APA with new thinking and ideas. It also reflects the leadership of the psychiatrist as a physician of the mind, brain and body.

President-elect,Dr Renee L. Binder, in her address to the APA attendees stressed on the theme “Claiming Our Future” for her year as APA president. She reiterated that doctors have the responsibility to ensure psychiatrists of the future continue to deliver high-quality care to patients and have professionallysatisfying lives. Among the several statements she posed to the attendees included an empowering one: “We have fought hard and accomplished our pursuit of parity legislation, but now we must make fair and equal insurance coverage of mental health a reality……There is no health care without mental health care.”

Alcohol and substance addiction received prominent attention and extensive coverage during the meeting. Some papers presented included one on adolescent alcohol use which found an 8-year trajectory of increasing frontal and temporal damage and loss of myelination in young adults who drink alcohol heavily. Another focused on identification of key neuropathological elements that might inform the development of novel approaches to prevention and treatment. Renowned addictions researcherDr Nora Volkow, director of the National institute on Drug Abuse, presented her William C. Menninger Memorial Convocation Lecture. She shared her personal life story of her grandfather suffering from alcoholism and how he eventually passed away when she was only a young child. She highlighted the importance of understanding pathophysiological abnormalities in the brain that may make someone more prone to addictive behaviors and how certain neurocircuitries of addiction can overlap those of other psychiatric conditions such as depression.

Other notable topics during the APA meeting included one interesting workshopwhich reviewed research linking food and mood – that diet low in processed, highly refined foods are correlated with lower rates of bipolar disorder, depression and anxiety. It also promoted takingour favorite oystersand other foods rich in Omega Fatty Acids. Thankfully, fresh oysters were quite readily available in Toronto and Boston, where I was heading to next.

Being new to APA, I was impressed with the organization and smooth operation of this large meeting. I supposed that with 168 years behind APA, such large-scale meetings with several thousand attendees are no longer as big a challenge. For Singapore psychiatrists who have yet attended an APA in their professional lives, I would highly recommend it. The 169th APA Annual meeting will be held in Atlanta in 2016. 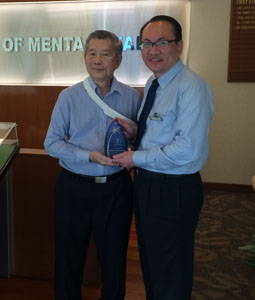 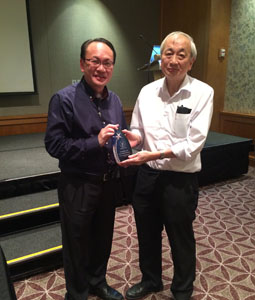 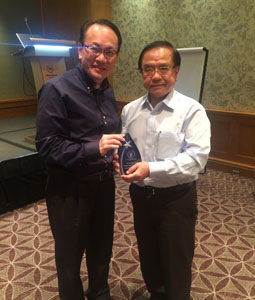